“It’s a great network of community. You feel supported not just by the staff, but by the people that are here,” parent participant.

Eastside Family Place (ESFP) started the community work to open a family place in Grandview-Woodland in 1978 and it was incorporated as a non-profit society in April 1979. ESFP was originally located at 924 Commercial Drive.

The first executive director, who was assisted by just two staff members and a committed group of twelve volunteers, established ESFP to meet the needs in East Vancouver for a drop-in centre that would support parents with preschool aged children. During the next six years ESFP occupied a number of different buildings along Commercial Drive. In the midst of the 1980s recession a funding crisis developed due to a series of government cutbacks. ESFP was left scrambling for funds to avoid closure. Fortunately, the City of Vancouver came through with an emergency grant to keep ESFP open. This began a massive letter-writing campaign to let the Provincial Government know just how much the community needed ESFP. A major thrust of this campaign was a request for help to relocate to a more permanent site. In the end, ESFP’s staunchest support came from our community. Britannia Community Centre provided a site, the City provided a grant of $25,000 to purchase a portable and the Vancouver School Board helped ESFP’s staff to design the space. That portable, on the north side of Grandview Park, opened in 1986 and, with its purple door and gaily-painted cows, served thousands of families over the course of sixteen years.

Over that same sixteen years the mandate of ESFP expanded to include so much more than the drop-in program. Parenting programs such as COPE, Nobody’s Perfect and various cultural support groups were added. A summer day camp was developed for children from four to six years of age. In the beginning ESFP served a population comprised mainly of single parents and their children. Eventually family place began to see families of all compositions: single fathers, single mothers, stay-at-home parents, same-sex parents, people of all racial and cultural backgrounds, grandparents, caregivers and family daycare providers all came to ESFP programs. Eastside Family Place had become a centre of community for all our participants.

As the number of participants grew, so did the need for more space. This need was felt most urgently with regards to the parenting groups and programs ESFP offered. The board and staff decided that more space was needed and approached the City of Vancouver about the problem. In 1998 ESFP joined in partnership with Britannia Community Centre to build a new building on the current site. A huge fundraising campaign was launched. The City of Vancouver, the Vancouver Foundation, the Millennium Fund, the Gaming branch and members of the community, all contributed greatly. An architect was hired and plans were underway to build a new home for family place and the construction began in the spring of 2001. During construction the staff moved the drop-in program to the multipurpose room beside the ice rink at Britannia Community Centre and they continued to offer the same supportive, non-judgmental services to the community.

In the fall of 2002, Eastside Family Place opened the doors of its new building. Since moving into this beautiful space, ESFP has focused its energies on responding to the community’s requests for expanded food programs, longer hours, quality childcare and support. ESFP now offers a myriad of programs, workshops and referral services and always strives to serve the needs of the community. The phrase, “Family Place saved my life” has been used many times to describe the passion that many of our participants feel towards ESFP. The positive energy created by a truly supportive environment goes beyond our walls. It runs out into the parks and streets and homes of our community.

You Can Make a Difference

You can support the healthy development of many young children and families in our community. Visit our Support Us page for ways to help. Donate today via our CanadaHelps page. Thank you! 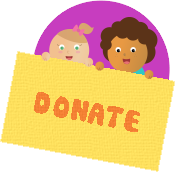 Thank you to all our donors and funders. Your contributions benefit many young children and families. We can't do it without you!